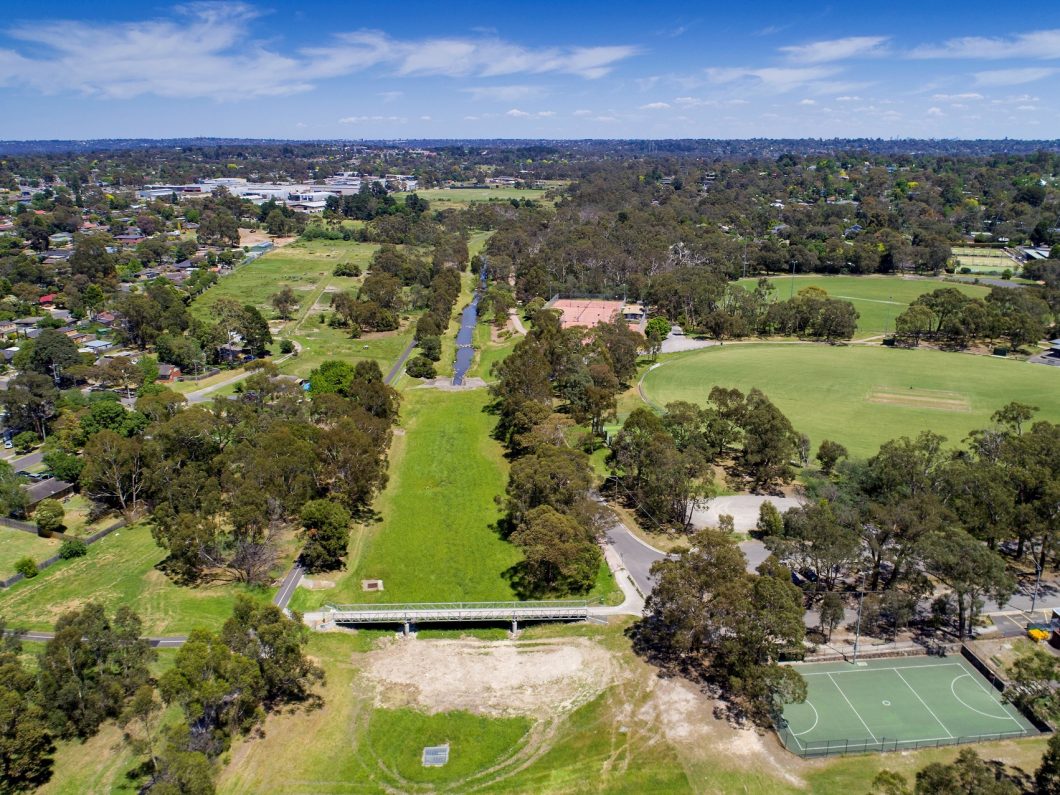 Water quality issue is a global problem that affects various aspects of life including the economy and health if not to mention the impacts on the aquatic life and the general biodiversity. As a result, the Australian government has for long been in support of improving the water quality in collaboration with other stakeholders. Markedly, construction of artificial wetlands is one of the best possible ways that has been used in Australia for water treatment and purification. Wetlands are meant to reduce the flow or velocity of water and in the process helps in trapping and settling out of sediments. In fact, Fan et al. (2012 p. 2354) referred to wetlands as “the kidneys of the earth” since they help in controlling water pollution and improving the water quality. The authors further noted that the values and functions of the wetlands depend on various factors such as wetland site, wetland categories, wetland area, and hydrology. Notably, wetlands are often constructed for purification and removal of water contaminants such as nutrients, sediments, heavy metals, pathogens, and hydrocarbons (Shutes 2001 p. 447).  Such contaminants are caused by the chemical, biological, and physical processes that happen at the riparian and upland sections of rivers and streams. In essence, the wetlands are constructed to act as sponges and filters so as to trap and remove water contaminants and reduce the velocity of rivers so as to enhance settling out of water loads and facilitate the treatment and purification processes.

Markedly, there are natural and artificial wetlands in Australia just like other parts of the world. However, due to economic activities and changes in land uses, many of the natural wetlands in the world have been destroyed. As a result, various countries have opted for constructing the artificial wetlands to serve the purpose of the destroyed natural wetlands. According to Vymazal (2010 p. 529), construction of wetlands is an engineering process that is designed and targeted for treatment of wastewaters by using the same processes occurring in natural wetlands. In fact, most of the constructed wetlands have high efficiency of removing organics and other water contaminants as compared to the natural wetlands, particularly if there is a need of removing a single type of water contaminant. Kovacic et al. (2000 p. 501) revealed that water reuse and reclamation is highly promoted in Australia; therefore, the wetlands are constructed for effluent polishing. The aim is to maximize the removal of pathogens and nutrients by enhancing the process of natural disinfection of polluted water.  Markedly, the main reason for constructing the wetlands is because water is recognized economically, socially, and political as an essential resource that demands sustainable use and management.

Nature and Working Efficiency of Wetlands in Australia

The nature and efficiency of the Australian wetlands are influenced by the global theme for wetlands that states that “Wetlands for our future: sustainable livelihoods” (Australian Government Department of Environment 2016 p. 1). The country has a variety of wetlands, both natural and artificial including rivers, swamps, bogs, coasts, and estuaries. Maintaining water quality is one of the main functions of the wetlands if not to mention the enhancement of tourism, providing habitat for wildlife, and other ecosystem services. The wetlands in Australia are diverse and unique and very rich in ecological and cultural values. There are many partakers in the management of water quality in Australia ranging from the government down to the community levels (Australian Government Department of Environment 2016, p. 2-3). As such, the different agencies of the government play a critical role in conjunction with the local communities in the construction of the wetlands and ensuring that the efficiency levels are maintained.  For example, there are up to 159 wetlands in Victoria, Australia, which are nationally recognized that provide valuable resources to the community. The efficiency of the wetlands is monitored by community organizations, local government planners, catchment management authorities, and land and water managers (Phillip and Port, 2016, p. 1).

Markedly, this research is about the construction of wetlands for improving water quality at Dandenong Creek Catchment in Victoria. Dandenong Creek Catchment is situated in the southeast part of Melbourne, which is found along the north-eastern shores of Port Phillip Bay (Phillip and Port, 2016, p. 1). The catchment stretches to about 881km2 of farmland, forest, urban areas, and reclaimed swamps. The upper part of the catchment is dominated by forested land that offers a good habitat for wild animals and plants. Human activities are majorly carried on the middle and lower sections of the catchment, which has a rich history since the 1800s and led to the draining of a swamp called Carrum Carrum and construction of river Patterson. According to The State Government of Victoria (2016, p. 1), the catchment has many waterways which include the Dandenong, Kananook, Eumemmerring, Blind, Monbulk, Corthanwarrabul, and Ferny Creeks.  Notably, the essential role of the Dandenong Creek Catchment is to improve water quality and to reduce the amount of water litters and sediments. The catchment also offers a unique recreational site that source revenue for the local authorities and translates to economic developments in Australia. Additionally, to provide habitat for wild plants and animals in addition to offering other ecosystem services.

As aforementioned, the Dandenong Creek Catchment has five major waterways that include the Dandenong, Kananook, Eumemmerring, Blind, and Monbulk, Corthanwarrabul, and Ferny Creeks.  The creek originates from the Dandenong Ranges National Park, which constitutes the major catchment area.   The water and its content are discharged through river Patterson and Mordialloc Creek into the Port Phillip Bay.  The Kananook, Eumemmerring, Blind, and Monbulk, Corthanwarrabul, and Ferny Creeks are the major tributaries of the river, which by themselves form other wetland areas (Phillip and Port, 2016, p. 1-2). The general Creek provides a variety of benefits and uses to the people, animals, and nature.  Currently, up to 45% of the catchment has been urbanized despite some sections remaining as farmlands for grazing, poultry farming, and horticulture.  Along the middle section of the Dandenong, the creek is forested while many industrial activities are found around Dandenong, Moorabbin, and Bayswater.  Notably, there have been a number of modifications to the catchment area with the aim of protecting the area and the people from storm waters and floods through channeling, concrete lining, and piping. The water quality of the various wetlands is often poor with better quality only found in the forested areas.

Water is a critical resource that should be used and managed sustainably to avoid pollution and overexploitation. Undeniably, human activities and the drive for economic development have led to the destruction of various water sources especially the wetlands. Wetlands are essential to human life as they provide water for domestic and industrial use in addition to offering habitats for wild animals and plants, serving as recreation sites, and supporting various ecosystem services (Vymazal 2010 p. 529). However, the world wetlands are threatened just as in Australia, where the need for economic gains and unsustainable use has destroyed the majority of natural wetlands. As such, the government and other stakeholders including policymakers, non-governments organization, environmentalist, the private sectors, and the communities have combined efforts to protect the water quality through the construction of artificial wetlands. Of the many wetlands, Dandenong Creek Catchment is an explicit revelation of the benefits that can be accrued through constructing wetlands in a range of water ways to maximize pollution control and enhance wastewater treatment amongst other positive outcomes. As such, this research does well in exploring the catchment area and revealing the contributions of the wetland, particularly to the water quality improvement processes.

Aim of the Study

The purpose of the study is to examine how wetlands contribute to quality water managements of the wetlands in Dandenong with the main focus on the constructed wetlands. Additionally, the paper explores the nature and efficiencies of the wetlands in Australia so as to provide an explicit explanation of the case. More specifically, the study focuses on revealing the values and functions of Dandenong Creek catchment in Victoria by reiterating on the recently constructed wetlands. The main purpose of the paper is to reveal how the artificial wetlands help in improving the water quality with a specific focus on the Dandenong Creek catchment. The creek is one of the various catchments in Australia that are socially, environmentally, politically, and economically recognized as essential. Markedly, this research will be guided by the following objectives.

Summary of the Chapter

The introduction section provides the conceptual and contextual background of the study to enable the audience to understand the need for the research. It starts by providing the general information about the construction of wetlands and how it helps in improving water quality.  Additionally, it describes the setting of the study, which is the Dandenong Creek catchment found in Australia by showing the waterways and how the catchment is sectioned. The chapter also describes the nature and efficiencies of the Australian wetlands, which are said to be influenced by factors including such as wetland site, wetland categories, wetland area, and hydrology. Also, the introduction highlights the importance of the Dandenong Creek catchment including but not limited to water quality improvement and providing water for industrial and domestic uses, amongst other benefits.

Stop Being Stressed! Let Us Handle it For You 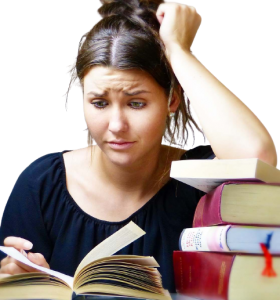 Get your essay written by professionals within the shortest time possible. We guarantee originality and confidentiality.